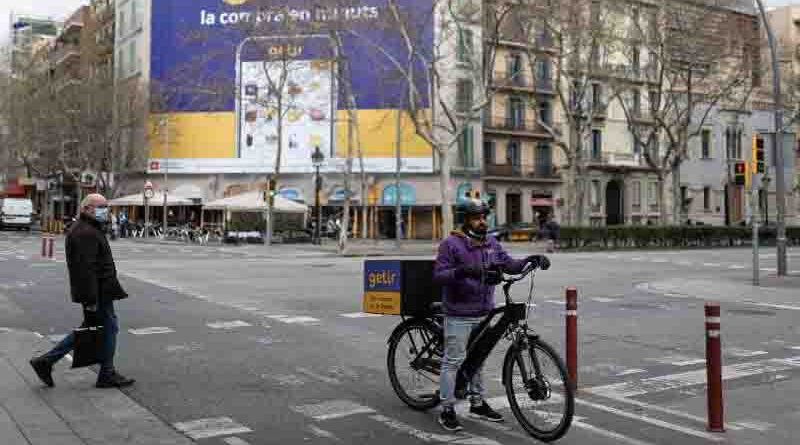 The Government of Catalonia wants to regulate the distribution schedules of goods ordered from eCommerce services to their final consumers. The Catalan Consell de Govern will present this proposal on Tuesday, which is part of a set of measures that are aimed at “protecting local trade”, as well as seeking to maintain “social cohesion”.

With these measures, the regional authorities seek to promote an ambitious regulatory change that is capable of drawing the rules of the commercial game of the future. The objective behind this entire process is to include within the current Catalan legal framework a specific regulation that has the possibility of regulating merchandise distribution schedules, thus adapting them to the commercial schedules of the area and that, at least in the first drafts, would try to undertake the prohibition of delivery of products beyond 9:30 p.m. The specific aspects of the regulatory framework must be discussed with the consumer and employer associations of the Catalan commercial sector.

The large logistics and electronic commerce firms have had among their most important claims in recent history that municipal regulations allow the distribution of merchandise to homes and the circulation of vehicles at night, until at least 12 midnight or one in the morning.

In the first design of the measures to be taken, presented by Roger Torrent, Minister of the Empresa i Treball portfolio, the need to differentiate between logistics warehouses and operations warehouses is highlighted , so that it is possible to define those whose objective is delivery to the final consumer and thus define the specific conditions and working hours. In addition, the Government also intends to establish conditions for the distribution of products based on the size of the municipality, so that it serves as an alternative to minimize the impact both on the environment and on vehicular traffic.

On the other hand, the municipalities will be in charge of defining what the permitted hours of merchandise distribution will be in their municipal regulations . In the Government’s project, one of the proposals has to do with the fact that the collection points for goods in urban centers increase considerably, as well as ensuring that the distribution is carried out compulsorily with non-polluting vehicles. In the end, the municipalities themselves should be in charge of determining the location of the different urban distribution warehouses. Check out more on our blog.

No more ghost supermarkets in Barcelona

Meanwhile, in Barcelona, ​​the municipal government led by Ada Colau has announced important measures on some of the aspects derived from the business of online home delivery platforms , by approving a proposal to regulate these activities in three areas.

These measures will ban the so-called “ghost supermarkets” or dark stores throughout the city , which consist of establishments that do not serve the public and are simply gender warehouses where orders are prepared and distributed in a hurry, managed by state-of-the-art delivery platforms. mile.

Home delivery services had an incredible boost during the pandemic last year, especially when it came to food. This, in turn, paved the way for new business models that have emerged to support this boom, such as  ghost kitchens  , for example, and which exploit the pull of food delivery, following the spirit of the  dark stores they are betting on companies in other areas, such as Glovo. In fact, Glovo itself has already tested this model in the field of food, with its Cook Rooms. The same model that has served as the basis for the growth of startups like Cuyna in Madrid and Valencia.

The approach of the city government is also to limit the performance of these ghost kitchens, making them only able to operate in industrial areas.

In the same way, there will be a series of greater demands on both restaurants and those prepared food establishments from where rations are distributed at home : these establishments must have express authorization, as well as space for bicycles or scooters, and for delivery people can rest.

Just a year ago, these practices began to be alerted when the residents of several neighborhoods demonstrated against two macro kitchen projects, also known as dark kitchens. As a result, the local government froze the projects, issued a moratorium on granting new licenses and announced that it was working to regulate these activities. The truth is that neither of the two sanctioned macro kitchens will have a license under this new regulation.